Greetings, this is Madworld.

We inform you about the changes in the amplification stones after CBT and the new Orb system.

The information below is based on the test server, and it could be modified and/or removed depending on the game during the launch.

The gems will inherit the amplification stone’s original functions.
Where the gems can be equipped will be limited based on the color of the gem and high-ranked gems can be obtained through smelting.
In order to smelt a higher ranked gem, “One rank-specific gem” and “two of the same gem” are needed. If the smelting process is successful, a higher-rank gem will be obtained, and if unsuccessful, one of the gems used as an ingredient will be given back.
The gems will have the option to [increase critical damage, increase critical hit and maximization chances, increase defense, increase damage (%), and increase attack speed].
Please check the table below for the types of gems and the options they have.
[Table. Types of Gems and Stats] 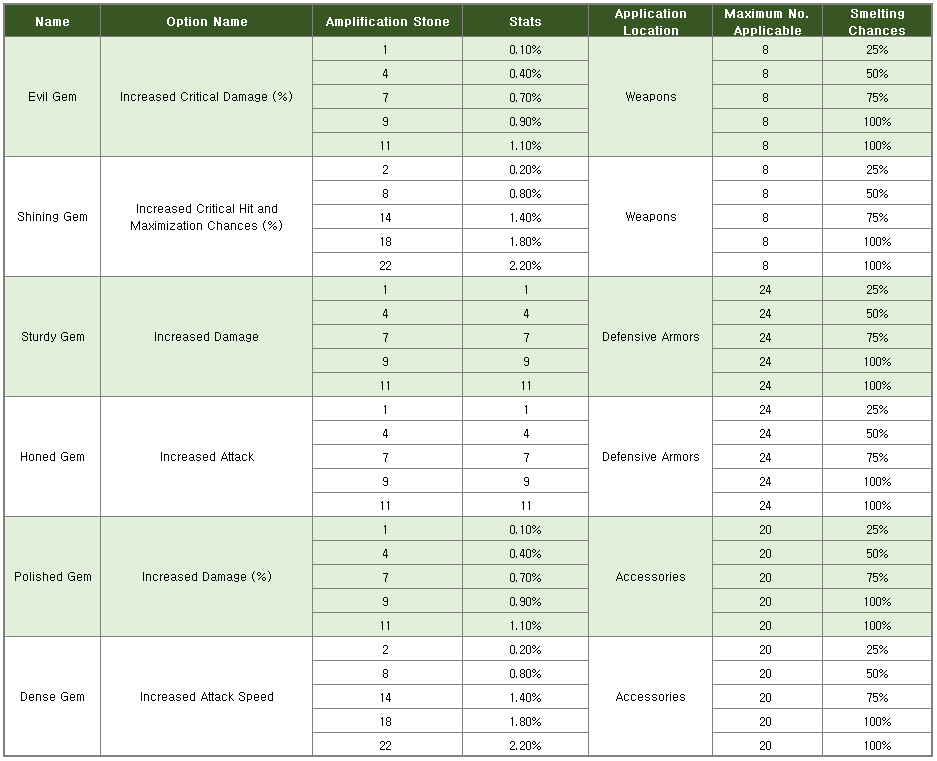 ※ Information on Gem stats and such may change upon launch. 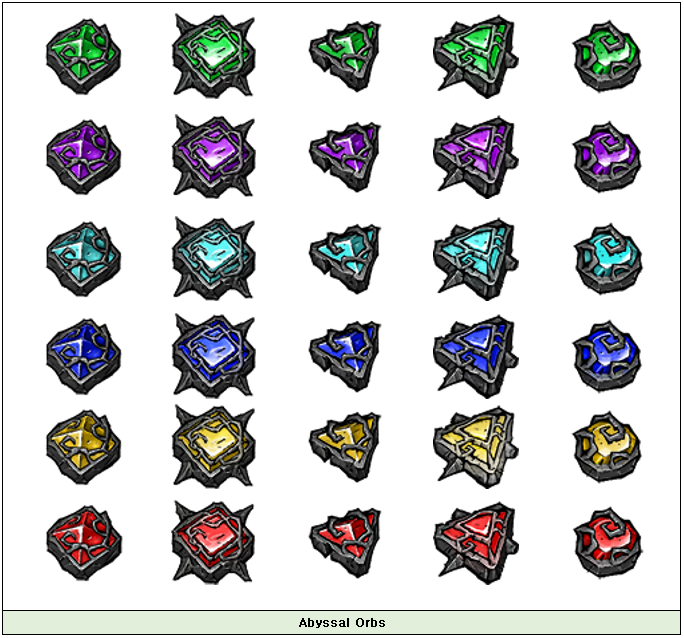 Orbs are not the average everyday functions that increase status levels, but are special items that can allow you to obtain exceptional options.

There are various ways to obtain orbs.

The common low-rank orbs can be purchased with gold, mid-rank orbs are obtained from completing daily quests.

In addition, there is a very low chance of obtaining orbs from defeating monsters and boss monsters.

You can also obtain orbs from extracting hero items that are found by defeating field bosses, ancient bosses, and abyssal monsters.

The orbs have a special option and various functions.

You can get the utility of rolling twice the distance without consuming any stamina, increase the skill’s potential experience points, and unrelated to the skill, you can further weaken your enemy.

In addition, when you use a powerful boss skill, it resets the cooldown time for the specific skill and could change the skill’s attributes.

Beyond the above characteristics, orbs provide various options that are not given by skills or equipment.

We believe having this orb will be helpful in being welcomed when matching with a gang,

Orbs do not need to be strengthened, and once equipped, they cannot be reused.

This is new content that is still under development, so we can’t give you a thorough full explanation of everything, but we still hope you guys give it a lot of love and attention.